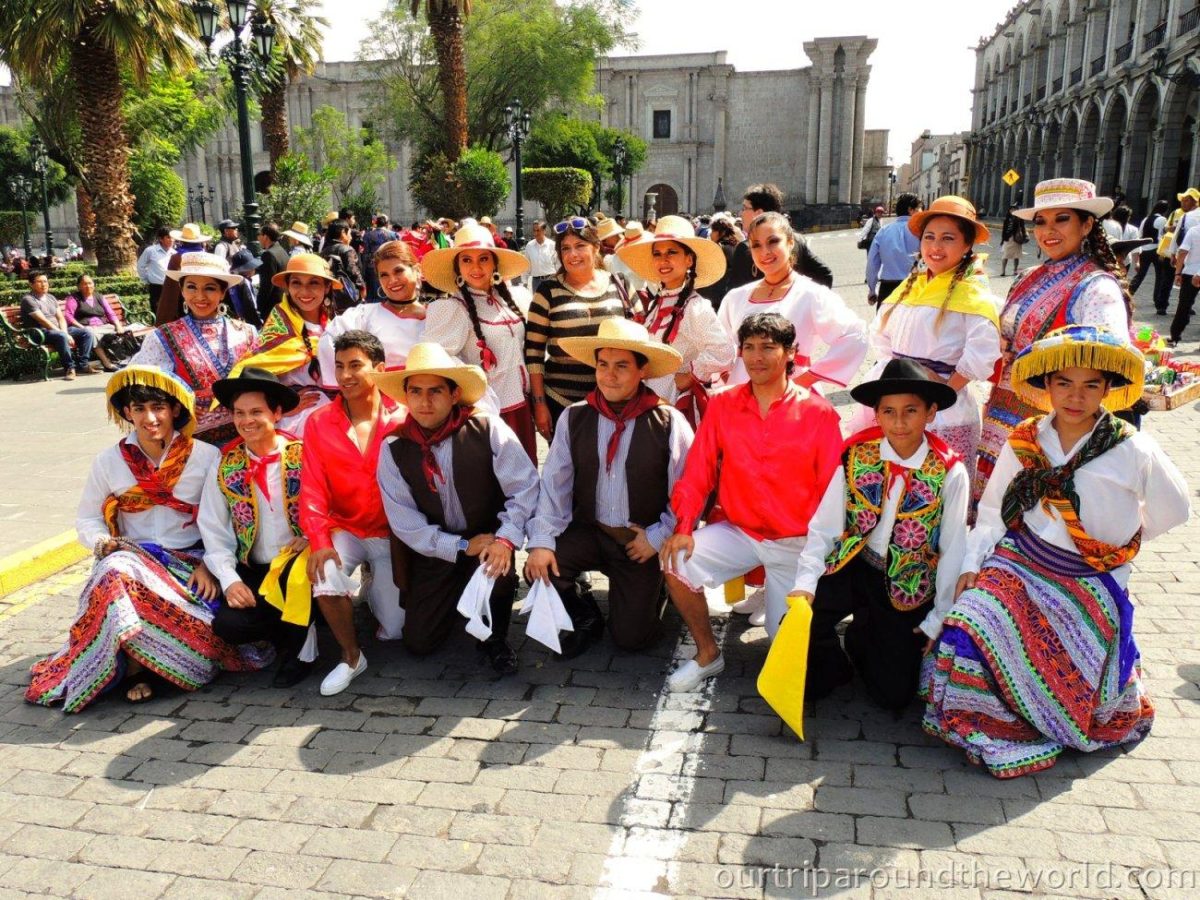 Arequipa - the White city of Peru

Our first stop in Peru was in Arequipa city. We spent there 4 nice days. Nice because we have seen many interesting places and learned a lot about life in Peru.

Our first visit took us to this museum. At the beginning we really did not také it so seriously because it was a small and private museum. But we were very astonished. The museum used to be basically a residence of local and known

doctor. He was mostly known for his passion in helping the people in need. And he was so famous that he became a friend of British royal family. There are many unique and very expensive artefacts with a historical value in the house. It reminded us a lot the rooms (chambers) of Konopiste chateau in the Czech Republic. What we truly found interesting was pianola or still functional phone from mid 20th century. And the biggest surprise we found almost at the end of our tour. We were not guided by ordinary woman, the woman who showed us the residence is a wife of the doctor’s son. She was very nice, polite and truly like our round the world trip. 😉 Museum is located close to the city center, only a few steps from Plaza de Armas. Entrance fee is 20 PEN (cca 7 USD) per person.

Every square in Peru has the same name. Seriously and it is Plaza de Armas. Not really original but this is the way it

is.  As for Arequipa we have to say that it was one of the most beautiful squares we have ever seen. You may find hear a large cathedral with a giant entrance door, just see our gallery. Part of the cathedral is also a giant organ, we have never seen bigger in our lives. The dominating feature of the square is a fountain surrounded by hundreds of pigeons. We were lucky to see a local folklore parade during our stay. This parade is held each Sunday in the town so do not miss it! You may see women and men wearing traditional Peruvian costumes during this parade and you can take pictures for free. Except this there are also soldiers, policemen and other people.

The view points of the city are volcanoes. And there is not only one, there are 3 to observe! The biggest of them is Misti, second is Chachani and the last one is called Pichu Pichu. The last one more remains mountain range than a classic volcano. Thanks to these giants there are often earthquakes, for locals a common thing. Every 10 – 20 years there is a big earthquake of magnitude 8 and more. And according to the info from earthquake websites standard earthquakes happen several times a month. We did not feel anything like that but for some people it could be fascinating. 😉 Oh and you can climb at the top of the volcano as a day trip from Arequipa.

During the free walking tour in Arequipa we were lucky to find the chocolate house Chaqchao. It ws nice and pleasant stop. We got to know a lot about processing the organic chocolate and got some samples to taste. 😉 You can come here every day and create your own chocolate bar for 60 PEN (cca 20 USD).  And do not forget having Queso helado that reminds ice-cream and is really delicious. The chocolate house and factory is situated in Santa Catalina street 204.

The most famous historical attraction of the town is this monastery. Coincidentally it is located in the same street like the chocolate house Chaqchao. The monastery is a large complex of buildings and in the past they used to be homes for nuns. Currently there are only 10 nuns living and the place is rather a historical remain. The monastery had to be reconstructed severaltimes due to frequent earthquakes. But still it is very beautiful. There are absolutely perfect lanes and colors of building that make the whole place spectacular. It is a paradise for photographs and people who want to relax by seeing something nice. And if you like taking night shots come here on Tuesday or Thursday – it is open in the evening and full of lights. Our walk took us 2 hours and the entrance fee was 40 PEN (cca 13 USD) per person.

Within our first stop in Peru we were introduced to the wool processing of Alpaca (an animal similar to Lama). We visited local MICHEL manufacture where they process the wool and produce clothing. For the first time we realized there are more species of these „camels“. There are domesticated animals – Alapaca and Lama. And also a wild species like Vicugna and Guanaco. Guanaco lives in Patagonia. For clothing manufacture and also food producing

Alpaca is the most important animal. Many people mistake Alpaca and Lama. But Lama is nnow used mainly for the goods transportation, same as a donkey. But in Bolivia you can also eat Lama, in Peru it is rare. We tried both.

The alpaca wools is very soft on touch and if you wring it in our hands it starts heating quickly. This is a good way how to disclose fakes that are often ordered at local markets. The last way how to reveal fake from the original is to ask the seller to brush the wool in from of you. In case it is original they will do it. But not with baby alpaca – they never brush it. But it is so soft that you cannot make mistake. After brushing the clothing gets softer. The price may vary – it depends whether it is made manually or in the factory. Manually made clothing is 2-3 times more expensive but is original. The reason is that it takes to all women very long time to create the clothes from alpaca. And extreme is clothing made of Vicugna. You can get it only in specialized shops. Currently there are only 2 with a licence in Peru because this breed is protected by a government. 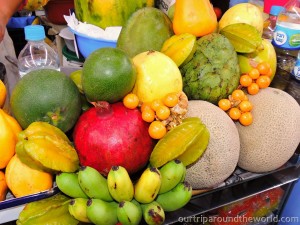 The last big experience for us was visiting local market in Arequipa. You can find it in Avenida Peru. It is located in the huge hall and for better orientation it is divided into parts dependent on what kind of goods you want to buy. You can buy anything here from spices to meat or kitchen utensils. We truly enjoyed stalls with fruits and vegetables and also stalls with fresh juices called jugos. Try it, they are delicious and very cheap. Oh and they make you anything you wish. 😉

Our feelings about Chile 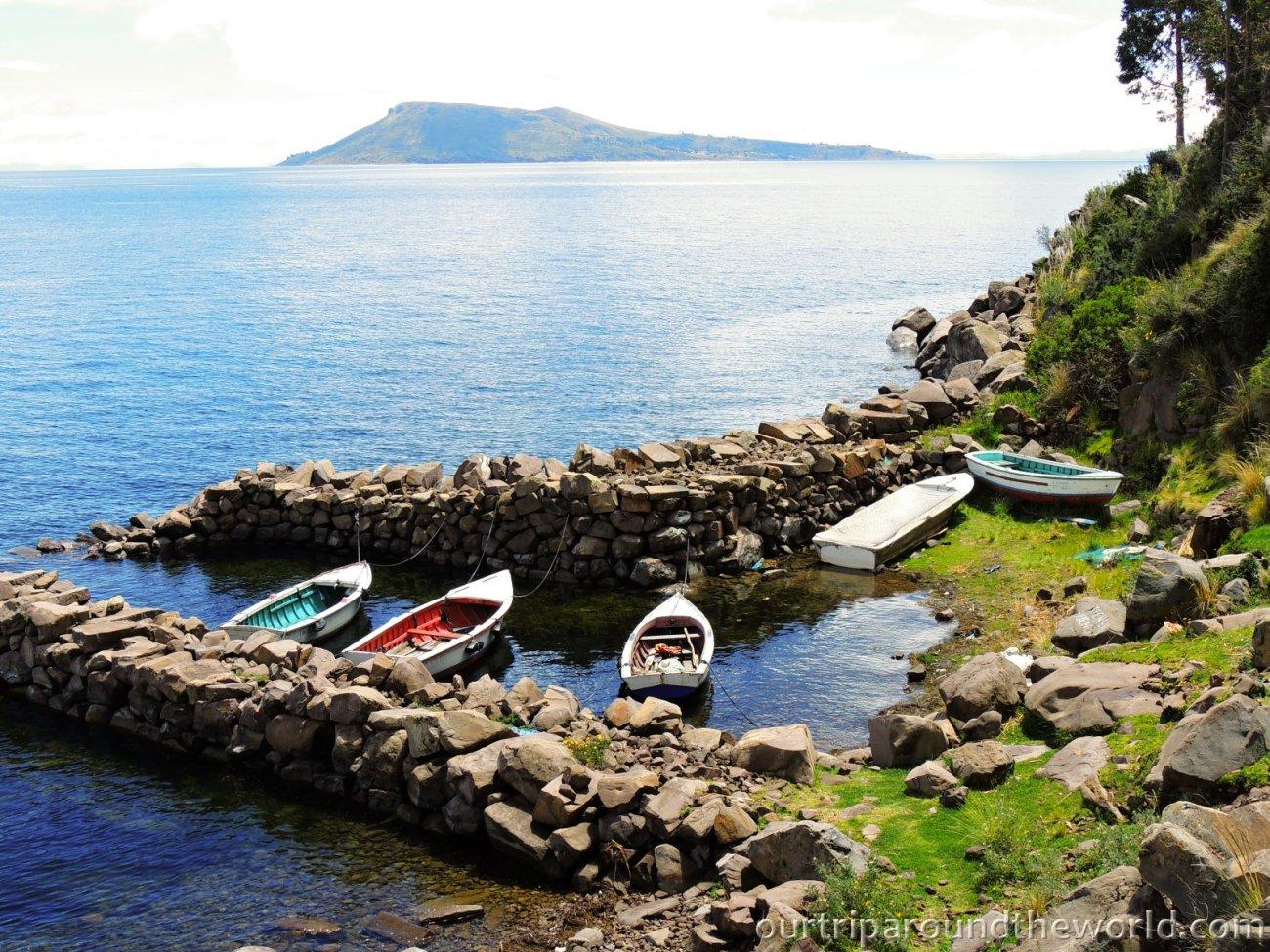 Our feelings about Peru - country full of beautiful places

Ollantaytambo - a treasure of the Inca Empire

Lake Titicaca - a miracle in the Andes