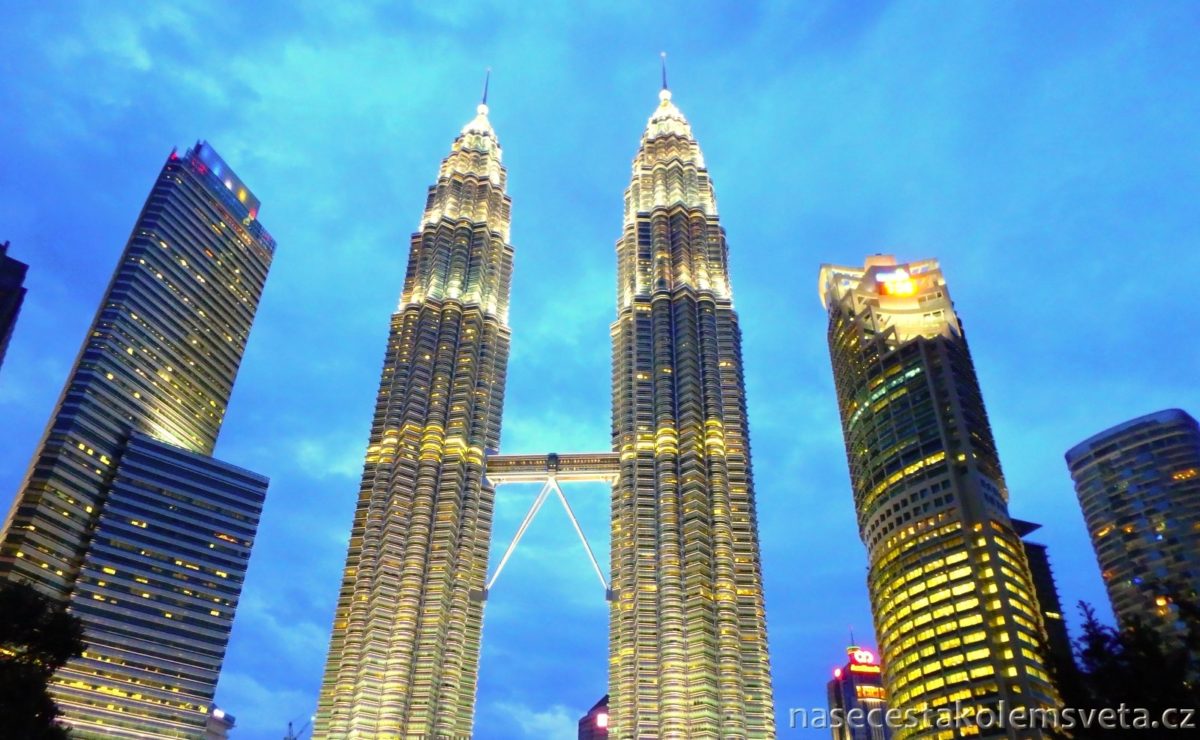 We could not miss Kuala Lumpur, capital of Malaysia during our trip around the world. We We travelled there from Ipoh where we celebrated Hindu festival of lights Diwali. Two and half hour journey cost us 20 MYR/person (cca 4.80 USD). Our coach arrived at the Bus Terminal Bersepadu Seletan. From the bus station we took public transport to the city center. It is convenient to walk downtown. Recommendation: In case you find public transport way too expensive from the airport, take UBER instead as it is much cheaper in many cases. We found our accommodation in Kuala Lumpur in advanced and were lucky to stay with local via Couchsurfing. Our host shared with us his room in Petaling Jaya district in section Seksyen 17. Mr. Tey advised us where to go in KL, but he also showed us and joined us for eating street food and also gave suggestion where to eat in the city.

What to see in Kuala Lumpur

Malaysian metropolis KL, how Kuala Lumpur is often called, offers many attractions to its visitors. Different cultures, religions and traditions altogether in one place. From KL Sentral, Malaysia’s largest transit hub, we walked towards Kuala Lumpur Railway Station, which was built during British colonization and is now replaced by KL

Sentral. Nearby the railway station is National Mosque of Malaysia Masjid Negara with admission free. If you are not properly dressed, ask the staff to borrow you what you need. Entrance is possible only outside religious events. From the mosque we headed towards Merdeka Square to admire Moorish style Sultan Abdul Samad Building. Before getting there we made a selfie at famous “I❤️KL” sign. Couple of steps from the square is another mosque Masjid Jamek. Then we entered Chinatown quarter where Central Market, shopping street Jalan Petaling, taoist Sin Sze Si Ya Temple and hindu Sri Mahamariamman Temple are located. Our next stops were at several churches and a bit further on we spotted Menara Kuala Lumpur tower. Our tour took us to the city’s main attraction Petronas Towers. We recommend to plan your visit in the late afternoon with sunlight and stay there till it gets dark so you can have a spectacular experience like us. It is possible to admire and observe the towers from KLCC Park. The park is beautiful and invites for romantic stroll.

We were sometimes really tired during our trip around the world. Tired of many people, places of interests, bustle and hustle therefore we were looking for places hidden and unknown to tourists. We intentionally skipped well-known Batu Caves, Golden Triangel, Buddhist Thean Hou Temple, Royal Museum Istana Negara, Lagoon Park, Butterfly Park and the Zoo. But in case you are travelling Southeast Asia for first time or not spending there such a long time, we believe these places are worth a visit.

Where and what to eat in Kuala Lumpur

Kuala Lumpur is not only historically and culturally interesting place. It can dazzle food lovers. You will definitely remember your culinary experience. Best fried banana in the world PISANG GORENG is waiting for you at Brickfields u KL Sentral in Mr Chiam’s food stall. Opening hours 12 pm – 5 pm, or only until they are sold out. It is really a titbit so do not miss it. Our second favourite was barbecued pork Cantonese style CHAR SIEW in Toast & Roast restaurant at Seksyen 19 Petaling Jaya. Ok it is not really in the city but it is worth travelling a bit. When downtown then visit Alor Street and Hutong where they serve street food specialities.

Our adventure in KL has come to an end and we hit the road again for exploring new and the unknown in our next destination which is Malaysian Malacca.

Diwali - Hindu festival of lights full of love and togetherness