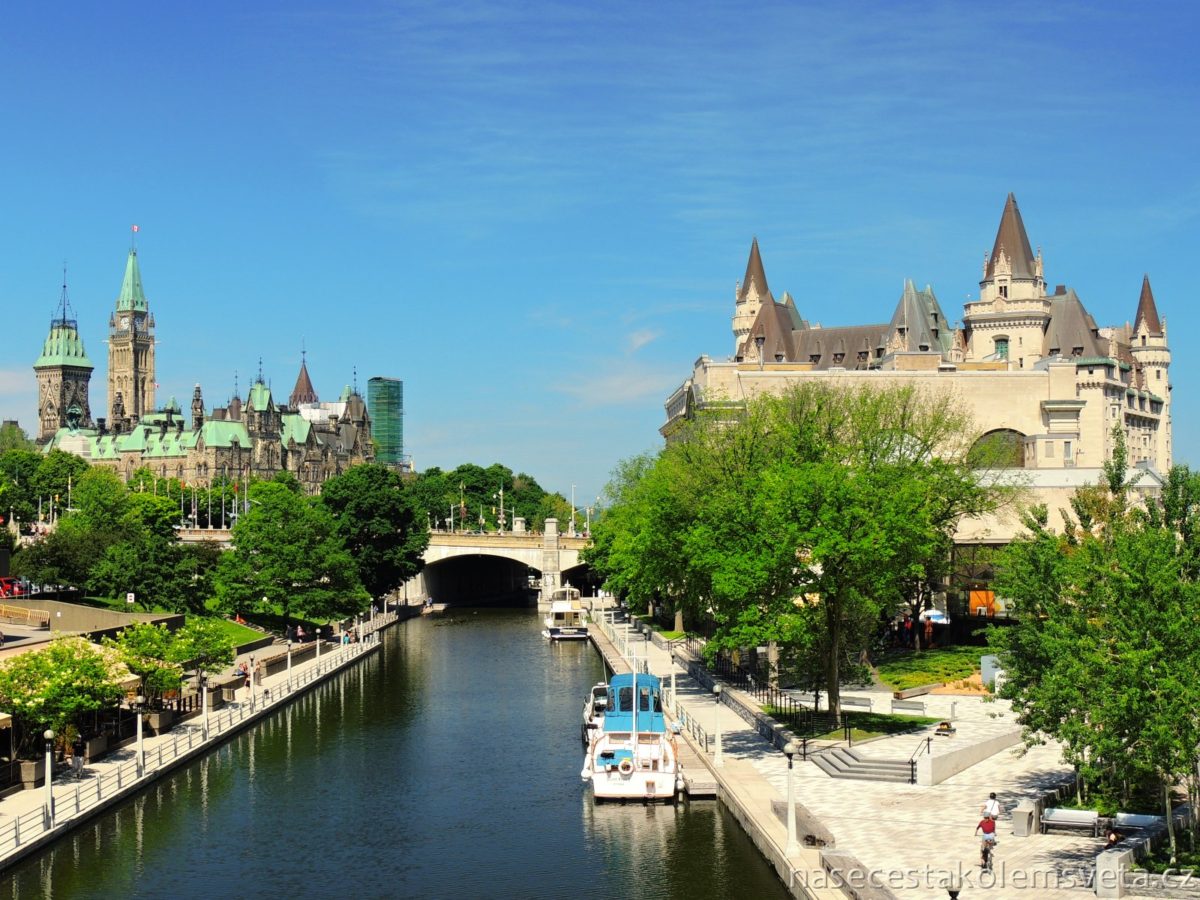 The capital city of Canada, Ottawa, is definitely worth a visit. Even though many people say there is not much to see we can prove you it ain’t true. We walked Ottawa all the way around and gained so many beautiful experiences that we for sure don’t regret our trip around the world took us right here. 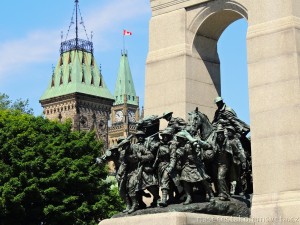 Ottawa is as every capital city very multicultural but the most interesting is that it is same as Montreal billingual, both English and French are spoken here. Thanks to our Couchsurfer Stephen we had the opportunity to visit both parts and see small differences during the ride in his car. Parts of the city are divided by a bridge along the river. We were very surprised how different these parts could be – streets with French names, traffic lights weren’t same and everything kinda looked a bit different compared to the English part of town.

Our city wandering started at Fairmont Chateau Laurier hotel we also visited. Inside you may find many period photos and get to know more about construction and history of the hotel. Our further steps took us over the bridge where we took a picture of the channel across a river where it is recommended to take a short and nice walk. Over the street there is a National War Memorial with a guards changing each hour and it is really a spectacular show not

to miss. Nearby the Memorial is the complex of the Canadian Parliament Buildings. We couldn’t miss the tour as the building is beautiful not only from the outside. And the best thing is that the tour does not cost a dollar. Canadian government provides them for free.  It is only necessary to get to the tourist office opposite the Parliament Building and pick up the tickets issued for certain time. If possible we recommend visiting Parliament building on Saturday or Sunday. Why? Because only during these days you will be able to explore places inside that are hidden during the working week because of the government meetings. And if you are a yoga lover do not forget to go working out with other people in front of the Parliament Building at the park every Wednesday at noon. 😉  From the Parliament it is good to see other interesting places. We walked on the street down away from the historical center and met another state buildings and churches along the way.

There are also many interesting museums in Ottawa. We were recommended by locals we met to visit the War Museum and the Museum of Canadian history where we did not make it this time. The War Museum is huge and it is no problem to spend half of a day here. There are army vehicles, airplanes, uniformed and many documentaries
and propositions. It is also a great spot to go with kids because many things can be touched and try here. We were very surprised how Canada was thinking about war in Europe and in what ways they had helped and saved so many people.

We are obsessed by going there, could not help. 😀 We had to go to Chinatown! And all day walking has to be 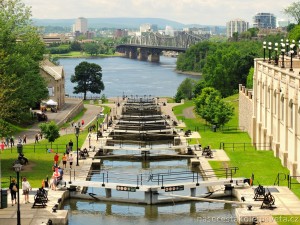 finished with an amazing food and Chinatown was simply so close. We have to admit we had here so far the best Chinese food we have ever eaten in our lives. So we recommend everyone to go there. Even the Vietnamese cuisine was very nice and delicious and the portions for the money are enormous. We were basically rolling out of the place so our advice is to order only 1 dish and share it in two people. It is will save you money 😉

And it is time to say goodbye to Ottawa and go on, this time towards Toronto so stay tuned for our next article from the trip around the world. 🙂 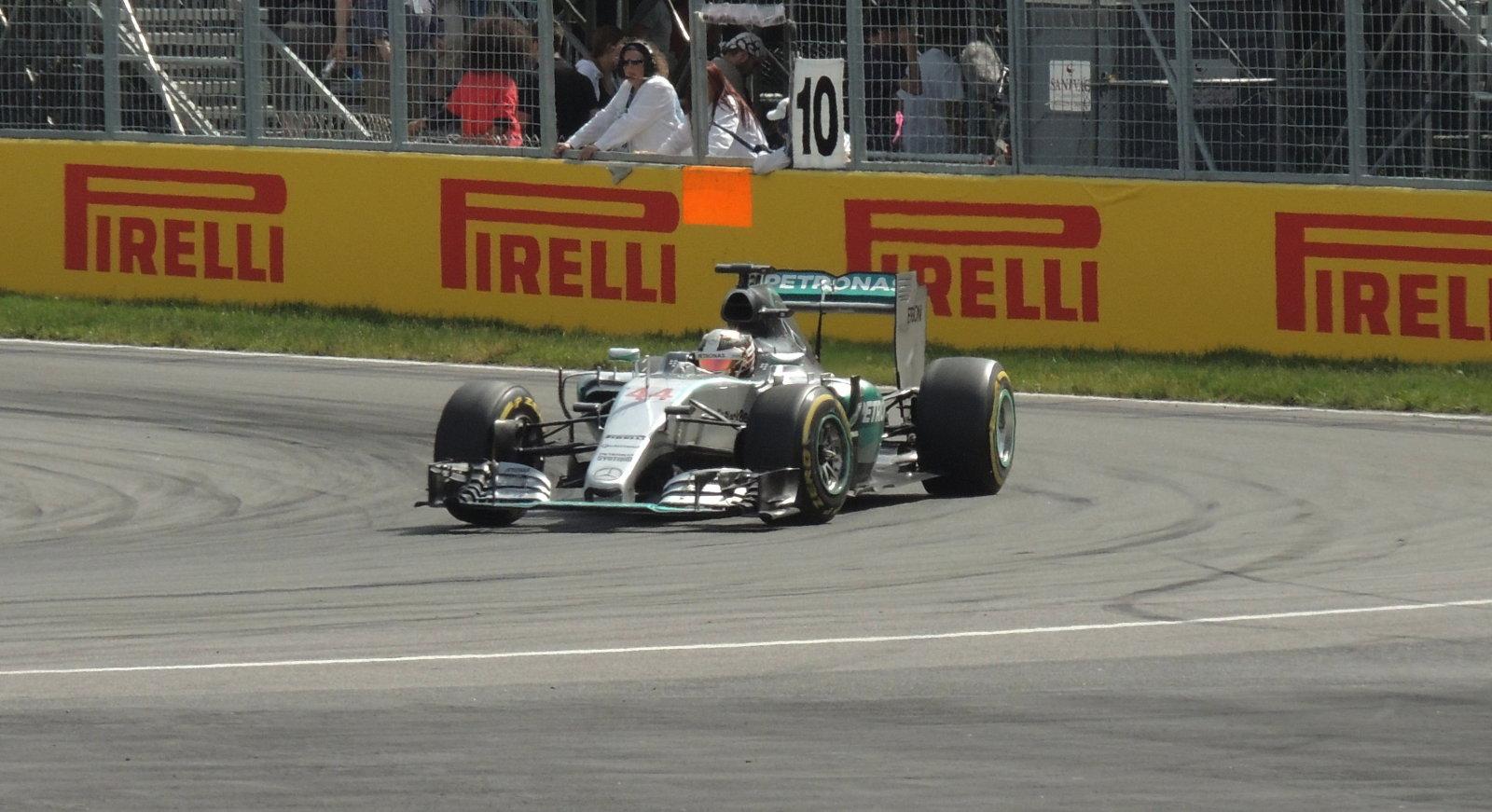 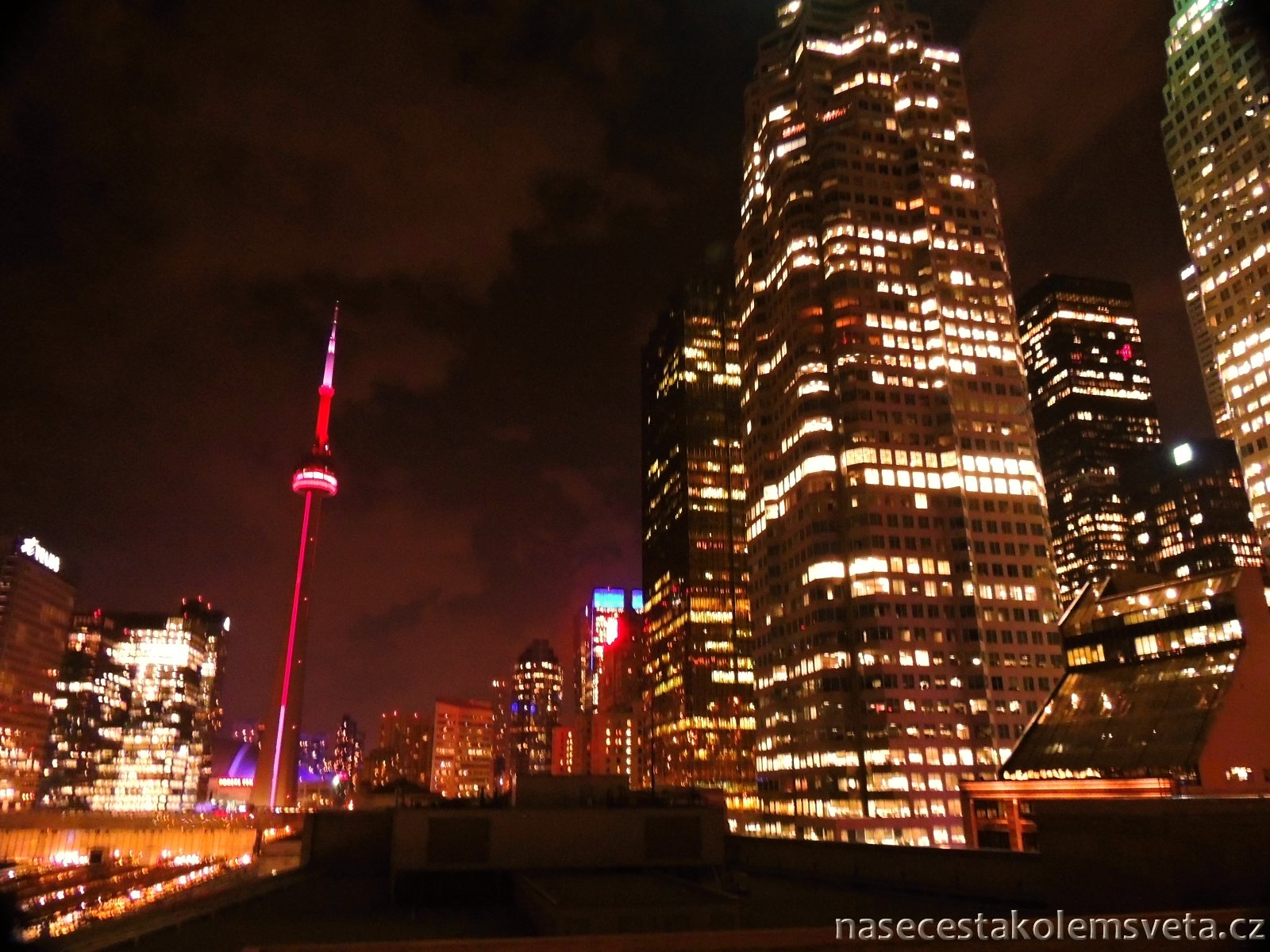