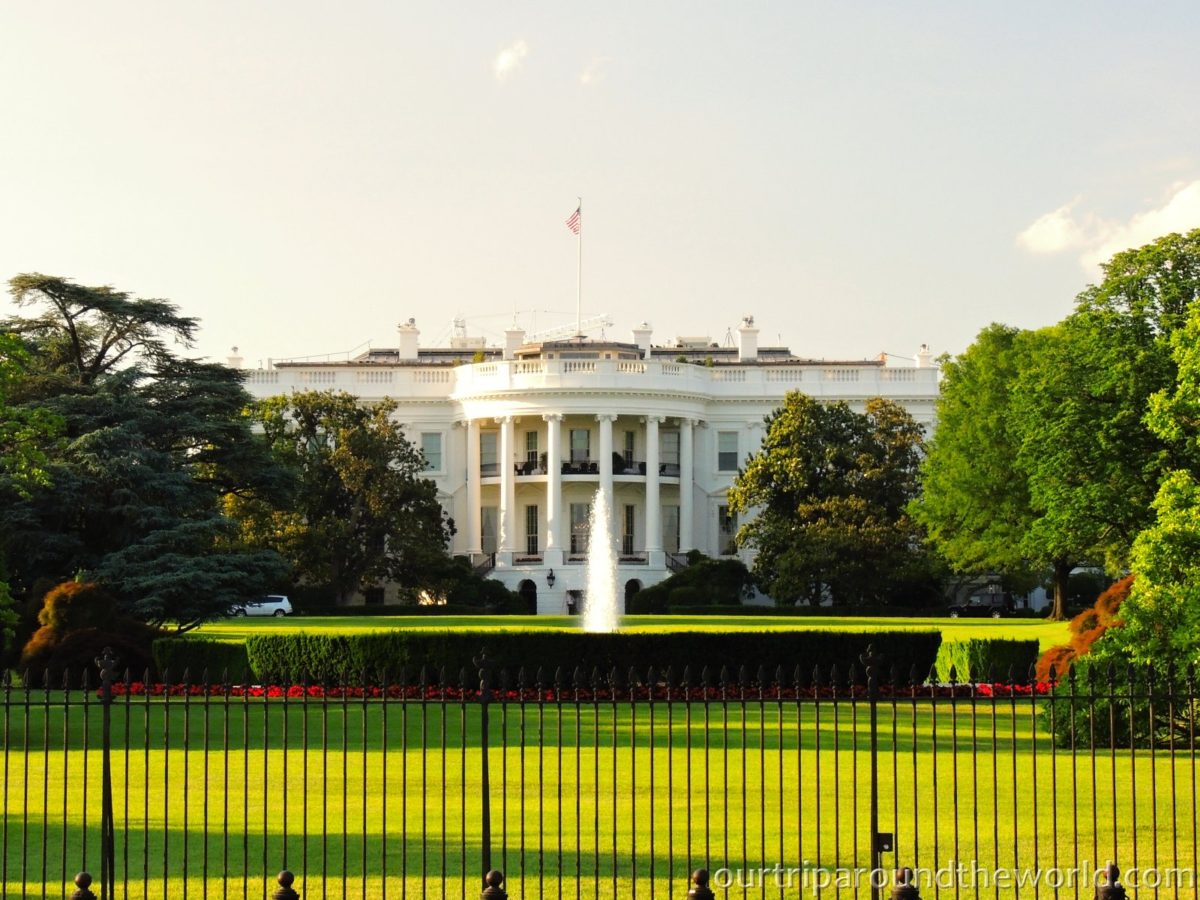 Capitol city of the United States of America Washington D.C. astonished us. It is a cityof beautiful buildings and standard tall houses. Skyscrapers are rare to see and it was good because it felt like in Europe.

Washington D.C. is an amaying spot if you want to explore basically anything. All the attractions, places of interest and museums here are free of charge! Seriously, not kidding. We never paid anything to anyone and it saved us so many bucks on our other adventures in different cities.

What to see in Washington D.C.

Our first steps in DC led to Chinatown. It was very small but the food in local restaurants was delicious and we were happy for it because we arrived from Florida with flu. From Chinatown we walked in direction to the FBI building, The Old Post Building and to the National Archives where is the Declaration of Independence and other very important documents of the American history. From National Archives it is pretty close to the White House. We were surprised what a beautiful view there is from the President’s Park on the White House building. Take a stroll in that park and also Ellipse park and afterwards reach the Eisenhower Building that is located on the left side of the White House. It is o huge and its architecture so imposing. And from this spot is is only a few meters to Lafayette Square where it is possible to take a picture of the White House from a very close distance and also with a fountain in front of it.

The most spectacular park in the town is National Mall. And if you take a long walk like us it will guide you through interesting places. The best spot to start is from the Capitol Building. We went there and njoyed the tour inside. It is

very giant beautiful building. We were able to get up to the dome and see the most important there. If you plan your visit in the US Capitol do not carry any food and drinks – they won’t let you in and force you to throw it away.

From the Capitol we set out to the National Mall and walked to the Washington Monument is shaped like obelisk. From all interesting muzeums we decided to visit the Museum of the American Indians and the Smithsonian Castle. Then we reached the spire (Washington Monument). It is possible to go even inside but in the high season it is necessary to obtain tickets early in the morning as long as the attraction is free of charge they are gona very fast. We had the tickets but unfortunately the elevator was broken tht day so nobody was able to enter. We utilized the time and went observing monuments on the National Mall. The most important and famous in the Lincoln Monument located where the park ends. It looks magnificent and the statue of Lincoln himself inside is majestic. This monument is also a great spot for taking pictures of the National Mall, Washington Monument and the Capitol Building in a distance. 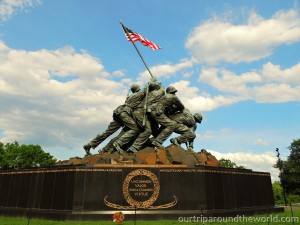 and you are for a step in Virginia. Yes, DC is not a large city. We went there and snapped Iwo Jima monument aka Marine Corps War Memorial. It is probably one of the most known statues in the USA. If you have time go to the Arlington National Cemetery where are gravestones of fallen soldiers. And close to is Pentagon. We were short of time so we decided to cross another brigde and enjoyed a beautiful walk when geting to the other sore of the historical Georgetown neighborhood. Georgetown mesmerized us. The walk alog the canal there is so romantic and once we reached the town it looked like somewhere in England. Everything was so magically organized and there were no modern buildigs. It was almost like in Shakespeare’s Stradford upon Avon.

City of Books – it is also Washington D.C. 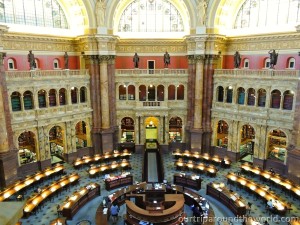 And when we talk about Shakespeare, there is a library in D.C. of his name. And there is the largest colleaction of Shakespeare’s books in the world. They even have here the imitation of the Globe Theatre. And this is not all. Washington D.C. is home of the largest library in the world – Library of Congress. Library of Congress enchanted us. So much that we decided to manage the Library entry for us to be able to see and explore more. It i for free and is definitely worth it. When you have this Library card, definitely visit African and Middle East reading room. It looks like in the fairy-tales! But no matter what what country you are, you will always find books in your language.

How we enjoyed our stay in DC you may see in the photogallery and we will follow in our journey, this tim to New York City so stay tuned!